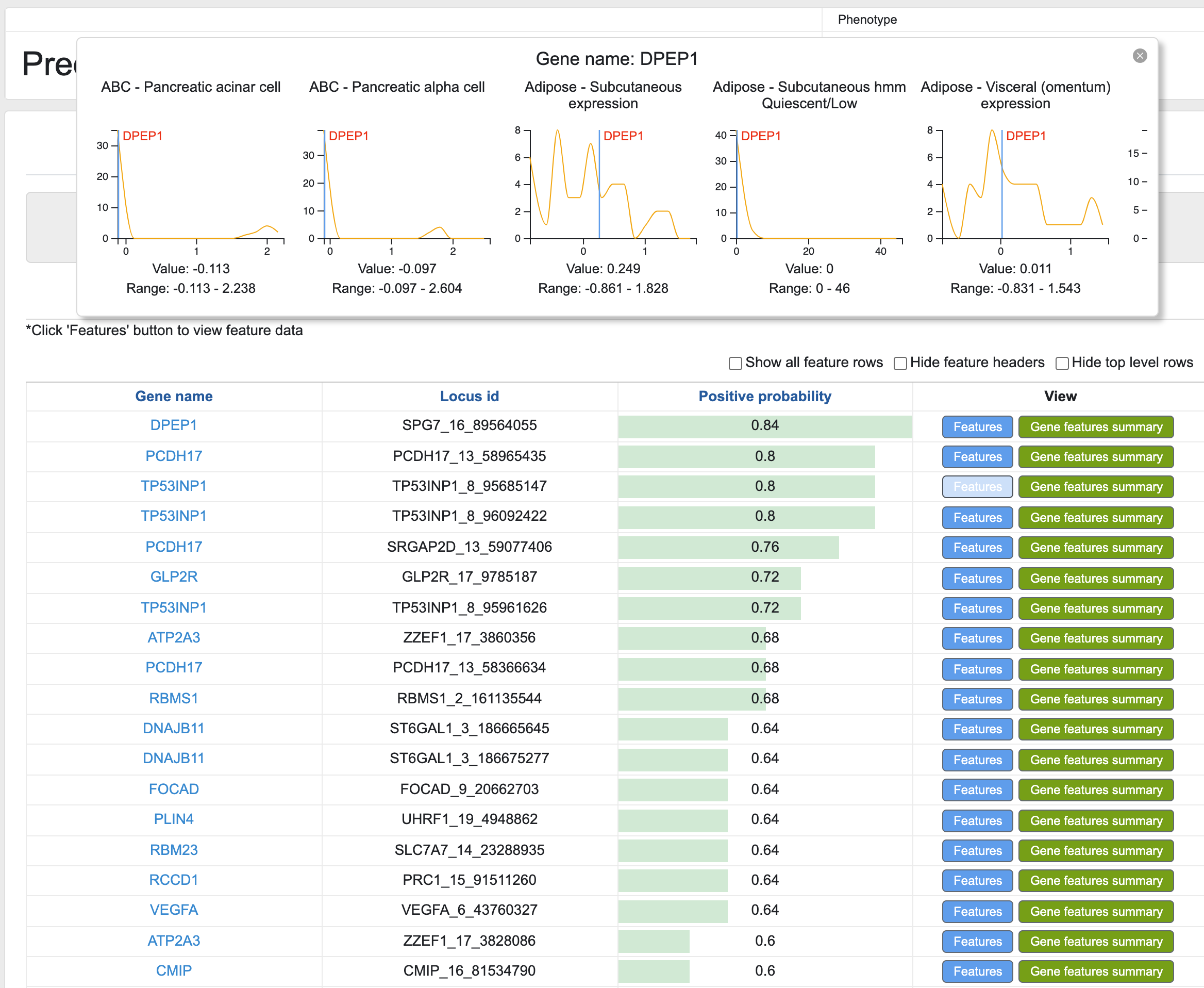 The integrated classifier is a supervised random forest classifier, trained to predict, for all genes in T2D GWAS loci, which are likely relevant to disease risk. The model was trained using genes known to influence T2D risk through perturbation of the gene product from coding variation, dysregulation of expression from non-coding variation, and influence on related traits like insulin secretion and fasting insulin levels. Variant and gene-based annotations, including variant function, gene expression, and a measure of evidence from the published literature were combined and used as predictors of disease risk.